Using Voter File Texting to Get Out the Vote 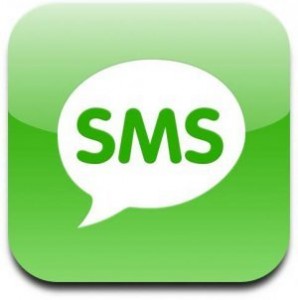 Texting is a powerful way to drive voters to the polls, especially the rising American electorate.

Last year, scientific studies were conducted to test the effectiveness of texting in GOTV efforts. They found that a simple reminder text sent out the day before Election Day increased turnout by 0.5%.

A more thorough campaign that included 4 texts total in the days running up to the election had even better results. This program asked voters to make a plan for when and how they will get to the polls.

The plan-making texts increased voter turnout by 1.4%. In competitive elections where a small boost in turnout can sway the outcome, this is a significant figure.

According to the study, texting to get out the vote is also cost-effective: the cost per vote was $15 for the simple reminder text, and only $13 for the plan-making program.

In comparison, door-knocking costs about $25 for each additional vote, and live phone calls tend to cost $20-26 per vote.

Barack Obama’s 2008 campaign was one of the first to leverage text messaging to increase turnout. Slate even called text messages the campaign’s “secret weapon.”

The campaign began to build out its textable list by requesting cell numbers at voter registration drives.

But it got most of its mobile numbers through a rather cunning tactic: if you texted the campaign, Obama would text you back to announce his pick for Vice President.

This was a clever way to get around a common obstacle: the explicit opt-in.

Now, with new applications that facilitate manual, peer-to-peer texting on a large scale, contacting voters via text is even easier.

These apps ensure that staff or volunteer texters use manual intervention to send texts to voters, which bypasses restrictions in the Telephone Consumer Protection Act (TCPA) against using automatic dialing systems.

Whereas beforehand campaigns could only text voters who had given their explicit consent (the “opt-in”), now they can text cell numbers pulled from voter files.

This allows GOTV efforts to reach previously untapped segments of the electorate, such as young adults, people of color, and undecided voters. And according to Pew Research Center, more and more adults are abandoning landlines to rely exclusively on cell phones.

The Sanders campaign’s use of peer-to-peer texting has revealed it to be a powerful organizing tool.

According to Sasha Issenberg, author of The Victory Fund: The Secret Science of Winning Campaigns, the campaign was able to obtain 235 attendees to an Oklahoma Democratic Party dinner in just 16 hours through texting. Using other methods, it had taken 2,200 hours to confirm only 465 attendees.

Issenberg also noted that texting to get out the vote is especially useful in areas where Democrats are few and far between. Instead of canvassing and door-knocking in distant, rural settlements, a single volunteer can cover the entire town through texting.

Sending texts is a proven tactic to get out the vote.  Stones’ Phones is helping clients to harness and intensify this technology’s organizing potential.