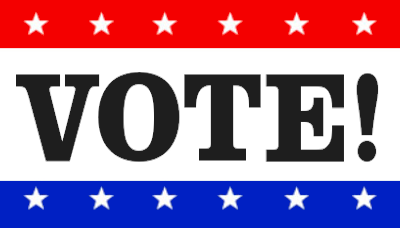 Getting voters to the polls is always a challenge, and it’s even more difficult during midterm elections where voter drop-off and low turnout numbers are a constant struggle for campaigns. By getting voters to start thinking about voting in advance, it actively encourages them to make an Election Day voting plan. Having voters make voting plans increases the likelihood that they will follow through on their intention to vote.

A study done by the Harvard Business School and the Yale Institution for Social Policy and Studies found that forming of a voting plan through a phone call can increase voter turnout by 4.1 percent among those contacted. Establishing a voting plan with a potential voter is an effective way to get them out to the polls on Election Day.

While plan-making calls have the ability to get voters actively thinking about their Election Day plans, they need to be done carefully. We have noticed that campaigns often want to ask voters too many questions in one call: Do you know where you are voting? What time are you voting? How are you getting there? All of these questions at once can come off as obsessive and can turn the voter off from making a plan to vote.

What campaigns can do, however, is space out their questions with multiple different calls. We recommend asking one question per call. The idea is to plant a seed in the voter’s head, not to monitor their every move on Election Day.

By strategically timing what questions you’re asking when, it makes voting seem a lot less like an overwhelming chore than it would if the campaign bombarded the voter with a myriad of questions in one call.

How Stones’ Phones Can Help

Stones’ Phones is on the cutting edge of GOTV ideas and we have a variety of programs that can push your GOTV operation over the top. Plan-making calls can be done through an automated or live call.

One technique we’ve pioneered to upgrade our auto calls are to include plan-making questions using push-button technology. These interactive calls take voting away from a hypothetical act and make it into a specific plan in the voter’s mind, reminding your supporters to head to the polls.

While plan-making auto calls can be successful at planting the seed in a voter’s head, plan-making live calls are the most effective way to encourage a voter to visualize and ultimately follow through with his or her voting plan.

For live calls, our operators ask similar questions to the plan-making auto calls described above. Thanks to the conversational nature of speaking to a real human, live calls have a higher connectivity than automated calls.

A Voting Plan Can Make the Difference

A voter’s lack of planning regarding when, where, and how to vote can be one of your biggest liabilities during a midterm election. By helping your candidate or organization design a program that will allow voters to create a voting plan, Stones’ Phones can assist you in educating and getting voters out to the polls.

PrevPreviousCell Phone Scrubbing: What You Need to Know
NextNew York Times Confirms It: Nothing Matters Without GOTVNext