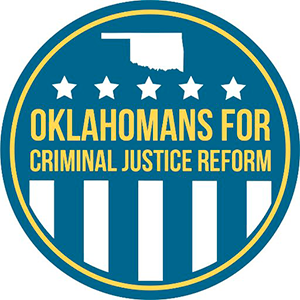 Reform advocates are turning their focus from Capitol Hill to the ballot box to transform our justice system. State Questions 780 and 781 in Oklahoma, both managed by Doug Dodson, took a two-pronged approach to criminal justice reform by reclassifying certain low-level crimes from felonies to misdemeanors, and redirecting the cost savings to address the root causes of crime.

77% of Oklahomans personally know someone who has experienced the criminal justice system, so we felt it was critical to have personal conversations with voters to win their trust and support. Since Oklahoma is a deep-red state, our clearest challenge was to educate and inform voters about the benefits of the initiative, while curbing opposition messaging about potential crime increases.

Phones were critical to winning this fight every step of the way: from ballot certification, to ID and persuasion, to GOTV.

We launched 20 rounds of automated calls in support of signature-gathering events. After the initiatives achieved ballot certification, we launched a series of autocalls to gather RSVPs for in-person town hall meetings. Next, we fielded a Live ID call that identified over 30,000 supporters and undecideds to target for additional work.

In four targeted Telephone Town Halls we hosted, about 20,000 people participated and over 65 questions were answered. Our speakers used this opportunity to answer voters’ questions directly, debunk opposition assumptions, and ask participants to talk with friends and family. After participating in a Telephone Town Hall, 95% of people said they were more likely to vote Yes on the initiatives.

We heard dozens of personal stories during these events: from mothers who lost children to overdoses, to pastors eager to get the faith community involved, to someone who cried about how grateful they were that we were finally having these discussions. The impact of these personal conversations cannot be overstated. You can listen below to some moments from those Telephone Town Halls.

In our final GOTV push, we pulled out all the stops and made use of some innovative techniques.  With “Catch and Release,” we asked voters to record why they think voting is important. Those who recorded received their own voice back in a “Release” autocall, and those that didn’t received a compilation of their neighbors’ voices.

In the end, Question 780 passed with 58% voting Yes, and Question 781 passed with 56%. Anthony D. Romero, executive director of the ACLU, said, “A bright spot emerged in Oklahoma – the reddest of the red states – where voters spoke in unison: it is time to reform our broken justice system.”