New York Times Confirms It: Nothing Matters Without GOTV 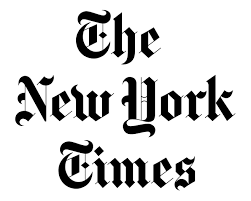 Your GOTV plan can make or break your campaign.

A recent New York Times study found that even though “young people, poor people, and Hispanics are often singled out for low voting rates,” every demographic of voters has voter turnout shortfalls.

According to the Times, “there are millions of nonvoters in every demographic group.” And that means you can’t take any voter for granted.

On average, only 58% of the electorate actually votes, which is why it’s imperative that we reach out to all possible voters and turn out supporters.

At Stones’ Phones, we offer time-tested GOTV calls such as Live GOTV with Plan-Making or Automated GOTV calls, but a full-fledged GOTV plan should be multifaceted and inventive.

Our Adopt-A-Voter program is one of our most effective at turning out bad voters.

The idea is simple: we call supporters who are good voters and live with bad voters. Then, we ask those good voters to take a pledge to ensure the other people in their household vote.

It’s a straightforward program with powerful results. In fact, then-Senator Barack Obama used a modified Adopt-A-Voter program in 2008 to turn out voters in North Carolina. The Tar Heel state ultimately voted for a Democrat for the first time in a presidential election since 1976.

More recently, during a program run in Arizona before a primary election, 68% of good voters pledged to get the other members of their household to vote.

The New York Times also notes that “richer, older and more educated” voters tend to get to the polls more often. While it’s important to make sure we communicate with those voters, they won’t need as hard of push as less affluent or younger voters. Historically, reaching this group has been a difficult task, but we’ve developed the means to do just that, with Voter File Texting.

Everybody texts – it has been the most popular form of communication in America for almost 10 years. Pew Research found that low-income Americans are what they call “smartphone dependent.” And 95% of young people use texting. That means texting may be the only way to effectively communicate with the most difficult to reach demographics.

But texting isn’t limited to contacting only low-income or young voters, in fact, 72% of Americans check their smartphones at least once an hour.

Texting reaches across all demographics.

Nothing else matters if you can’t get supporters to the polls, and we know just how important GOTV is, we are phone consultants after all.

To learn more about our GOTV techniques, please contact us and we’ll help you figure out the plan that’s best for your campaign.