How to Win A Mayoral Campaign with Phones 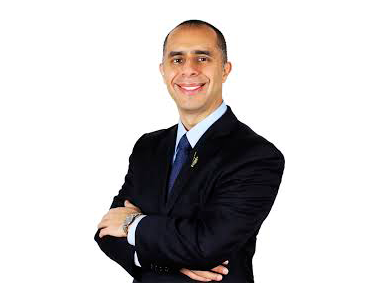 Making phones a strategic part of your campaign efforts can lead to success on Election Day. If used effectively, phones can help candidates influence voters and increase turnout.

Here are a few ways phones have helped candidates for Mayor:

Since 1970, every mayor of Imperial Beach, California had served on the City Council prior to being elected. That was not the case for Serge Dedina. Although new to politics, he was a lifelong resident of Imperial Beach, and an environmentalist who wanted the city to prosper. In an uphill race against incumbent Jim Janney, Dedina needed a way to increase his name recognition and develop a strong relationship with voters. He was already running a strong grassroots effort, but needed something to take him over the top. That something was a Telephone Town Hall.

We planned a Telephone Town Hall with Dedina that allowed him to have real conversations with voters from the comfort of their homes. He answered important questions and shared his vision for the city. The Telephone Town Hall also gave Dedina an idea of what issues were of priority to the residents of Imperial Beach.

In the end, Dedina defeated the incumbent by just 43 votes. The Telephone Town Hall made the difference.  Listen to a short clip from his event below.

Through Live ID calls, Miner found that 68.24% of the people she targeted were already supporting her. This was great, but she also found that 25% were undecided. Miner’s team was then able to target these undecided voters, and reach out to them through mailings and grassroots efforts.

Baraka’s calls were also useful. However, he utilized a different strategy. His Live ID calls were bilingual. Baraka’s team was aware that more than a third of Newark’s population is Hispanic and he wanted to make sure he heard from those voters as well. Baraka’s Live ID call program allowed his campaign to be more inclusive and provide more accurate information about the voters in his city.

Although strongly endorsed by President Barack Obama, Jorge Elorza was an underdog in the 2012 Providence, Rhode Island mayoral election. Up against a former mayor who was well-funded, enjoyed universal name recognition, and remained popular despite multiple corruption convictions, Elorza needed to stand out. He needed people to know him, love him, and remember who he was.

Live persuasion calls did the trick. After identifying voters by asking who they planned to vote for, the Elorza campaign added lines of persuasion to their live calls to win over independent and undecided voters. This seems like a small move, but it proved an effective one.

Calls like these are what a voter remembers when they’re at the polls on Election Day, and calls like these contributed to Elorza winning the race with 53.3 percent of the vote.

In one of the tightest mayoral races of 2012, Tempe, Arizona Mayor Mark Mitchell beat his opponent by 139 votes. This had a lot to do with Mitchell’s endorsements. Mitchell was endorsed by many big names and he wanted the voters of Tempe to know it. Several “heavy hitters” recorded endorsement messages, which Mitchell used in automated calls that were heard by voters all over the city. Listen to the call below from Mitchell’s father and former U.S. Representative, Harry Mitchell.

Mayoral candidates face a variety of challenges during their campaign and each race is different. Phone programs alone won’t guarantee a win in any race, but they sure can make a difference.

In this time of uncertainty, we are all trying to maintain our connections. Whether with family, friends, or work, we are often relying on virtual