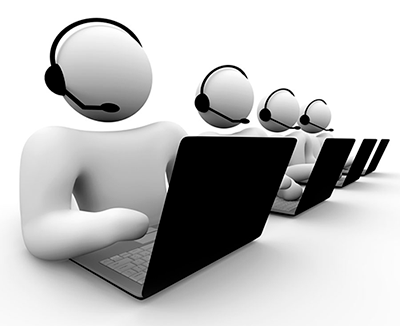 An attempt to save money on auto calls (often referred to as robocalls) can ultimately result in a much higher cost to your campaign or organization.

Stones’ Phones learned this lesson the tough way in 2010.

Call instructions were mismanaged by the low-cost vendor we were testing out, which resulted in calls to Nevada residents in the middle of the night. The auto call went out between 12:00 AM and 1:15 AM instead of the scheduled time, which was between 12:00 PM and 1:15 PM.

We were surprised that in this day and age, the vendor did not have automatic time-stops in their system.

Does the quality of the firm doing your auto calls really matter?

In 2012, potential primary supporters for then candidate for District Attorney Marc Bennett were inadvertently called at 6:00 AM instead of 6:00 PM. This error was attributed to the vendor.

On Election Day in 2012, 1,700 GOTV targets in D.C. received auto calls informing them to vote on the day after the election. The vendor mistakenly used the script from the previous day when placing these robocalls.

Candidate for Congress in Kansas, Margie Wakefield, recently sent out an auto call without a disclaimer on the end. The absence of a disclaimer breaks Federal Election Law.

These mistakes harm the credibility of both the campaigns and organizations that placed the calls.

Is the technology compatible with auto call strategies?

Low-cost vendors aim for quantity over quality when conducting auto calls, which can result in the sort of inept technology we experienced in Nevada.

Live and auto calls of poor quality were one of the main reasons Stones’ Phones was formed in 2000.

Marty Stone’s wife was running a Congressional race and the campaign contracted the lowest-cost vendor for their calls.

That low-cost vendor only put out half an auto call to targeted voters because their equipment was not set up to detect the number of rings before the voicemail started.

The vendor did not even work to make the situation right following the blunder.

After witnessing this failed call program, Marty and Paul Stone formed Stones’ Phones, a company that makes auto and live calls the right way. They knew mistakes could happen, but that it was important to fix them and make things right for the client as quickly as possible.

When a superior firm is contracted for an auto call, there are advanced measures in place to ensure the call is completed in a thorough and accurate manner.

Although the low-cost auto call may seem economical, paying a few additional cents per-call can save campaigns and organizations from embarrassment, legal troubles, or even defeat.

Beware of the harm cheap auto calls can cause your campaign or organization.