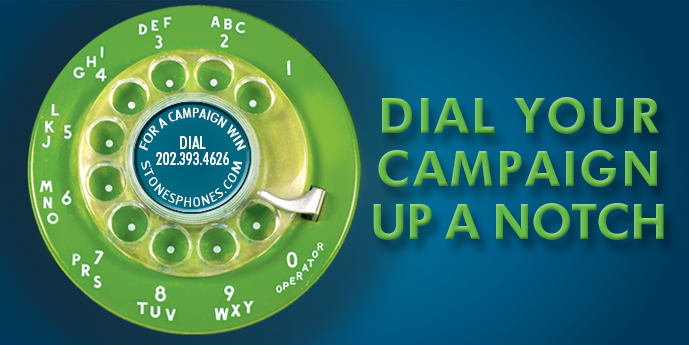 Patch-through calling – connecting voters with their elected officials – is a classic advocacy technique that we’ve perfected over years of experience. Check out some of the methods we’ve developed to make sure you get the most out of your patch calls.

1. Scripting that makes it clear to the person who was called that the next person they will be talking to will be a staff member in the targeted office.  Your supporters will leave clearer messages if they understand exactly what’s happening on the call.

2. Doing patches in bursts to get the call picked up by key staffers deeper in the office.  By timing your calls to take advantage of the official rollover phone system, you can maximize the impression your supporters will leave.

3. Asking for specific staffers by name to make sure the message is not just a hashmark on a pad of paper at the front desk but rather gets delivered to potential decision-makers.

4. Doing patches to elected officials underneath the target. You can build buzz that will trickle up to the target via word of mouth.  The target will hear about the issue from local politicians who have deep access.

5. Doing patches to the district office or state offices where they are not as use to getting patched calls.  A burst of patch calls is a bigger deal for a local office, so it makes more of an impression.

6. Recording voters in their own words telling the targeted elected how they feel. Voice Capture programs allow you to package comments for your target or use them in ads and online promotions.

7. Deliver the recordings of actual voters via talking mail cards.  This combines the physical presence of mail with the personalized messaging of audio clips.  Most people have never seen these before, so they stand out among the clutter.

8. Deliver the recordings of actual voters via a mash up.  Combine your best stories into one powerful clip that you can send to congressional offices, post to your website, or email to your supporter list.

9. Deliver the recordings of actual voters on a CD presented to elected officials. We have had legislators put these discs in their car stereo and play the comments as they drive.

10. Target those who are known to take action such as women and older voters when setting up the patch the program.  The better your list, the higher your yield of patch-throughs.

11. Following a politician home by doing patches when they are in their district or state offices.  They may hear from constituents who received the calls, giving you another avenue to reach the target.

12. Calling and doing patches well before the issue comes up. Legislative offices expect patched through calls when an issue is hot, but they will pay a lot more attention if you do patches months or weeks before that issues may be coming up. An office may assign a staffer to issues that seems to be coming out of nowhere.

13. Doing automated call patch-throughs to up the volume of calls going into an office.  Though live calls often lead to better conversations, nothing matches the scale you can reach with a massive auto-call program.

14. Using a dedicated toll-free line that has the organization’s message on it where constituents are driven via e-mail, auto calls, live calls, Facebook and banner ads. Once a voter calls into this line they are able to select either their legislator or one of the organizations targets to talk to.

15. Recording voters who call into a toll-free line and selecting the best of those recordings to drop on the office voicemail.

16. Have leadership, donors, and lobbyists email the best recordings from a voice capture program to their contacts in the target office.

17. Call participants of a Telephone Town Hall who have already shown interest in your message.  This universe is informed, passionate, and much more likely to agree to the patch-through and speak on your behalf.

18. Selecting voters by the party of your target has been proven to increase the likelihood that they will want to patch through to your target’s office.